Durst, has confirmed that Italy’s Italgrafica Sistemi will be the world’s first customer for the new Omet XJet. Powered by Durst, the integrated hybrid solution for a wide range of high-performance labels and packaging printing will be installed at its headquarters in Castelgomberto, in the province of Vicenza, in the early summer.

Together with Omet, the two companies are providing a complete hybrid print and finishing line to Italgrafica Sistemi that will offer an unlimited flexibility and a wide range of final applications with a consistent cost reduction. It chose the Omet XJet because of the ability for inline multi-process configurations that finalizes products in a single pass.

Italgrafica Sistemi is an €11m-turnover company with 50 employees who work two shifts. With 18 printing lines already running at Italgrafica Sistemi, the new Omet XJet provided through Lirma Print, a Durst and Omet distribution partner, is expected to replace two of the flexo lines as demands continue to increase for short-run, personalised technology in a single pass. It will open up new opportunities for cold foiling, printing on reverse and adhesives, as well as varnish and diecutting.

Francesco Niorettini, general manager of Italgrafica Sistemi, says the total cost of ownership and benefits to his customers were crucial in the decision-making. “This investment opens up a new world of opportunity,” he says. “It allows us to give far more choice to the market and produce so many more different types of labels for any kind of job. By including the Durst Tau, we will be able to broaden our portfolio by combining all the technologies together.

“What is also really important is to ensure that we retain the same high level and definitions produced with flexo and offset – and the Durst/Omet hybrid will enable this. Other factors in our investment decision included the 50% increase in speed, the low service and consumable costs, as well as the fact that both Durst and Omet have good reputations in the marketplace,” he adds. “We’ll be saving huge amounts of money and time. We expect a 20% saving in overall production costs and will benefit from faster start-up times, which will enable us to offer a wider product range. As one example for, say, a four-color job we expect to increase the productivity of the machine by 40% with faster setups. In addition, we will be saving around 70% in material waste by using digital.”

Helmuth Munter, segment manager, Labels & Package Printing at Durst, explains, “Italgrafica Sistemi is one of the increasing numbers of forward-thinking companies that are seeing the huge benefits of using the best technologies in a complete ‘all-in-one’ printing process. This ability to combine digital inkjet printing with conventional pre- and post press printing and finishing world, offers our future customers a highly cost effective solution.

“In addition, the feedback we received from our recent Durst Digital Days has also convinced us of how customers perceive future market opportunities to increasingly involve UV inkjet digital in flexible configurations or as a complementary technology. It’s the future.”

The jewel in the crown of the Durst and Omet partnership, the new Omet XJet is the new hybrid printing platform integrating Durst’s Tau RSC 330 digital inkjet system with Omet X6 flexo stations and converting units. Durst inkjet technology, together with Omet X6’s finishing and converting units, assure reliability and excellent results at every run, with the advantage of obtaining the final product in one single passage.

The Omet XJet hybrid broadens the opportunities for label printers thanks to its flexible configuration. Italgrafica Sistemi’s configuration provided through distribution partner Lirmaprint will feature an unwinder, two flexo units, the Tau 330 RCS, another two flexo units, a diecutting mono twin system, and a rewinder. The Vision automatic registration system is also included and the system has an option to print on adhesive, laminate and other applications to create coupons and special labels, including peel-back versions. It can be seen as three presses in one or used as a hybrid solution, flexo standalone or digital standalone, according to the length of the run or the level of personalisation required. 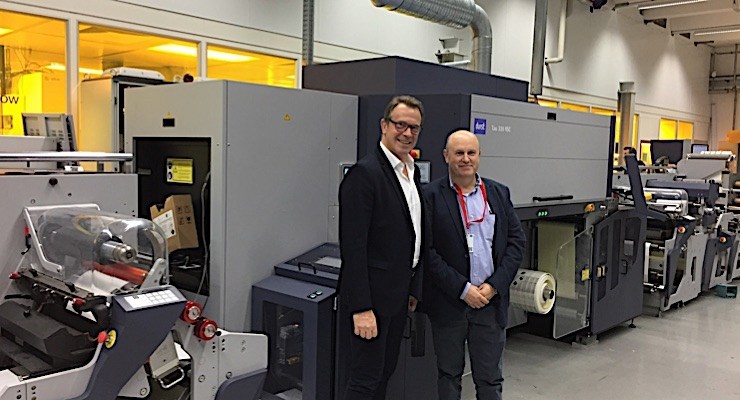 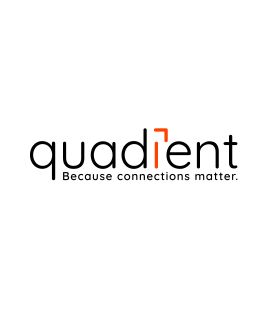